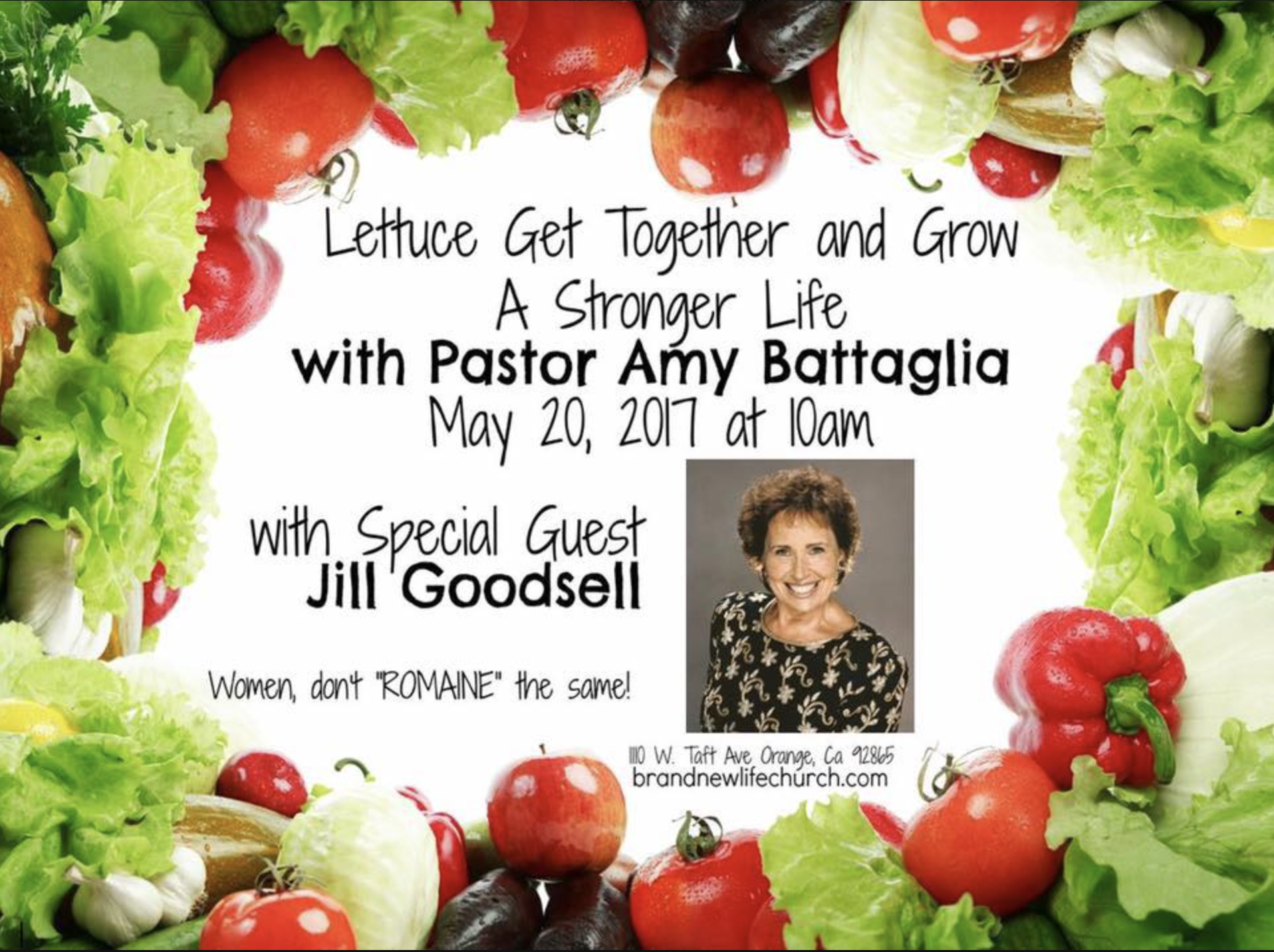 Doors Open at 10am for fellowship and lite bites.
Childcare provide. Please let us know below so we have a count!

Among Jill’s many stage and film roles, a few of her favorites are: Magda,(this coveted role in Menotti’s The Consul won a Pulitzer Prize for drama and ran for two years on Broadway), Madame
Butterfly, Tosca, Maria, and The Mother Abbess, Josephine and Mimi. She prepares students in broadway, opera, jazz, piano, commercial, television and film. Her many classes: “Expressway To
The Stars” , “Shining Stars” , “Little Stars” , “Mens Class” , “Women’s Class Seminar By The Sea” , and The Goodsell Singers are always filled to capacity.

Jill is a much sought after lecturer for colleges, universities, private groups and national lorganizations. Ms. Goodsell is also the author and founder of The Master Mind Group. Her Tree Of Life Seminars cover: goal setting, overcoming fear, teaching people to go beyond their barriers and the keys to create a successful life. Jill has also been a visiting professor for The Lazlov LearningInstitute.

She has musically directed at many of the fine theaters in Orange County, Chicago and New York. Jill was the director for the re-opening ceremony for Pershing Square in Los Angeles. Jill has also been named Outstanding Teacher Of The Year in Orange County and was featured recently on ABC’s Person Of The Week. She is a recipient of the L.I.F.E. Achievement Award and received the Governor’s Distinguished Service Award for Integrated Resources for the Regional Centers of California. She is featured in Who’s Who Registry of World Wide Global Business Leaders and has films and commercials in her credits. Jill has been honored by the Yorba Linda City Council with a Commendation Proclamation for her Outstanding Contributions to the Community.

Jill’s one woman show TRAGEDY, TRIUMPH, and TCHAIKOVSKY, A One Woman’s Journey Through Life, recently sold out at the Orange County Performing Arts Center in California.

10,696 thoughts on “Lettuce Get Together With Jill Goodwill”